How To Turn Consumer Distraction Into Action 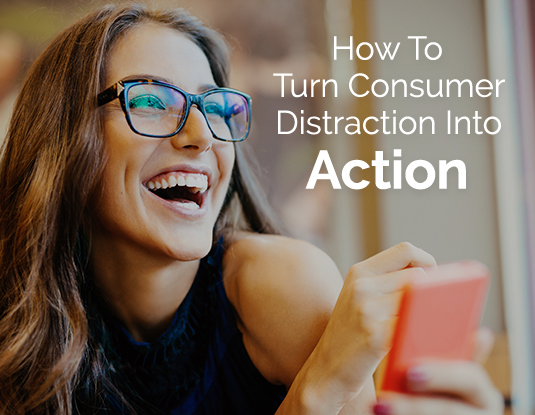 There are more ways to reach consumers than ever before. The downside? They’re harder to engage than ever. The onslaught of digital devices and the volume of content we view on them have created more choice. Mobile engagement takes up 60% of our time online and roughly 85% of that involves an app. With our ever-shrinking attention spans, this phenomenon is certain to accelerate. Now more than ever, marketers need to know just how to break through the clutter of digital advertising.

As humans, we like to think of ourselves as rational creatures who occasionally act emotionally. Modern neuroscience tells us the opposite is true—we’re emotional creatures who occasionally act rationally. Engaging the modern consumer means learning to create messages that evoke emotional responses. To paraphrase a famous poet, people will forget what you say and do, but they will never forget the way you make them feel.

Based on Advertising in the Age of Distraction by Carl Marci.